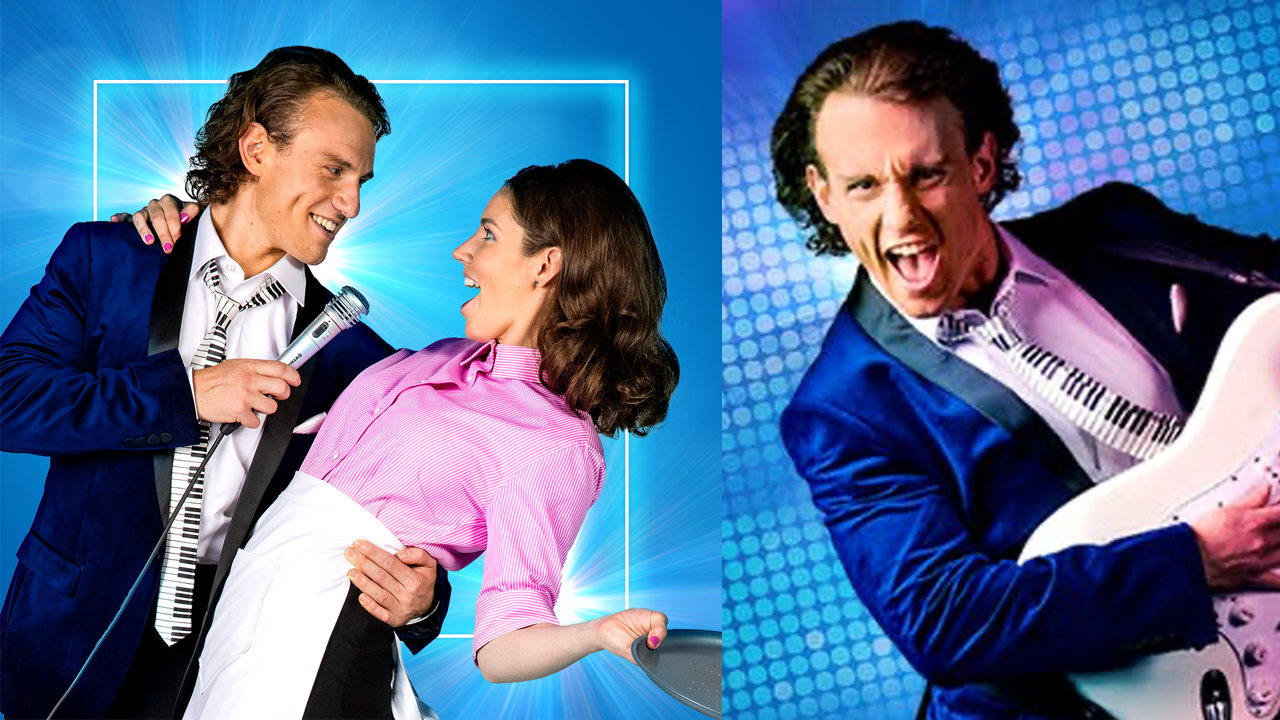 An example of the incredible resilience in Australia’s live entertainment industry, David Venn Enterprises is proud to announce new opening dates for the feel-good ‘80s spectacular, The Wedding Singer, at Sydney’s State Theatre from 5 January, followed by an encore season at Arts Centre Melbourne’s State Theatre from 27 January, with more cities to be announced.

Following rave reviews and sell out performances around the country, Melbourne and Sydney audiences can snap up the best seats by joining the waitlist at weddingsingermusical.com.au, counting down the days until tickets go on sale on 28 October.

Chase away the long-haul lockdown blues, get on your dancing shoes, and show us your best moves to celebrate all the fun of this adrenaline-charged hit! Locked down audiences are called on to perform their favourite iconic ‘80s dance moves, dressed in their best disco attire, to win opening night tickets and a VIP experience to the silliest, funniest, rom-com musical in town, for you and your dance posse (6 tickets total). Simply post a video on your Instagram and tag #weddingsingerau and @weddingsingerau to be in the draw. Entries close on 28 October.

The Australian premiere tour of the Tony Award nominated Broadway musical sees Sydney local Christian Charisiou star in his breakout title role as jilted-groom and nice guy Robbie Hart, lauded by critics as “even funnier than Adam Sandler”. The NIDA graduate draws from his experience, most notably for his critically acclaimed performances as Jamie Wellerstein in Ensemble Theatre’s production of The Last Five Years, and the title character in Hayes Theatre Co and LPD’s sold out season of Cry-Baby.

Rising mainstage and event Producer David Venn has had to be incredibly agile as he navigates touring during a pandemic.

“It’s no secret that it’s been an incredibly challenging time for Australia’s live entertainment industry. We’ve had to cancel and reschedule performances, make incredibly quick decisions to move cast and crew around the country, and think on our feet more times than we can count. After all of this, I feel incredibly fortunate to announce these new season dates and could not be more excited to welcome audiences back to the theatre” says David.

“It’s a testament to our amazing cast and creatives, that we’ve had such a phenomenal response to the show and are able to continue the tour. We can’t wait to party with some all-out ‘80s fun!”

The Tony nominated musical is directed by multi-Green Room Award nominated directorAlister Smith, with a sparkling new soundtrack brought to life by Musical Director Daniel Puckey (Muriel’s Wedding The Musical, The Book of Mormon, The Wizard of Oz).

Following a Green Room Award for his work on Bring It On: The Musical, choreographer Michael Ralph (Georgy Girl, The Boy From Oz) has crafted explosive dance routines jam-packed with iconic ‘80s references.

David Venn Enterprises is known for its acclaimed Australian premiere production of Lin Manuel Miranda’s Bring It On: The Musical, as well as 50 Shades! The Musical Parodywhich continued touring Australia in 2021.

Following performances on Broadway and across the UK, The Wedding Singer features your favourite characters from the film, music by Matthew Sklar (Elf The Musical), lyrics by Chad Beguelin (Aladdin), and a book by Beguelin and Tim Herlihy. A long-time collaborator of Adam Sandler, Tim wrote the classic hit films Happy Gilmore and Billy Maddison, as well as several other Sandler-starring blockbusters in addition to The Wedding Singer.

COVID Safe measures will be in place for all performances, as per government regulations. More information is available via the websites for each venue.